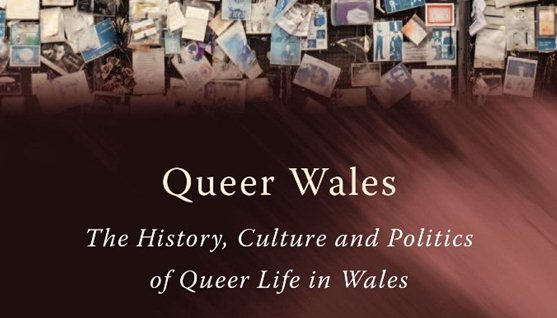 by Huw Osborne, editor of Queer Wales: The History, Culture and Politics of Queer Life in Wales

The idea for this book came from a panel on Queer Wales at the 2008 conference of the North American Association for the Study of Welsh Culture and History at the University of Toronto. It all began when John Sam Jones, Alys Einion, and I began talking about queer Wales at this conference and over drinks in the Church and Wellesley village. Some time after this, the idea was enthusiastically received by the editors of the Gender Studies in Wales series and the search for a diverse group of scholars began. A great deal of work had been carried out by people working in various areas, but this project brought their research and experience together in one place for the first time in order to consolidate what we may call the field of queer and LGBTIQ studies in Wales. I am thrilled to have worked with the contributors of this collection who represent a wide range of expertise across historical periods, disciplinary approaches, linguistic traditions, cultural materials, and social, political, and cultural issues. There are gaps, of course.  I would have liked more on race and sexuality. A chapter on bisexuality would have been welcome as well.  However, these and many other areas of discussion will be part of the ongoing dialogue, and I hope we have provided a strong starting point for future debate.

I thought a lot about this project in the days after the book appeared because the news was filled with the horrible events of the Pulse Nightclub massacre in Orlando, Florida. This incident highlights the fraught and complex place that queer sexualities and queer spaces occupy within national identities. The Orlando attack became implicated in a national election in the US, and it was associated with fears (in this case largely misplaced) of terrorist attacks and a concern for domestic security. In much of the political and media discussion that followed, queer sexualities were imagined as a normative part of national identity in the United States, one that demands protection against what is perceived as the greater threat of ‘Islamic extremism’ and religious intolerance (Jasbir K. Puar writes about this process as ‘homonationalism’). The racial, sexual, political, generational, and religious lines that the Orlando shooting crosses and confuses is remarkable: the child of Afghan immigrants targeted a gay nightclub on Latino Night, and some of the young people murdered were children from conservative Roman Catholic families whose parents learned of their children’s sexualities only after their names appeared among those identified as victims of the attack. Any effort to understand this horrifying act of hatred, therefore, must regard sexuality and the ‘queer nation’ as inseparable from a range of asymmetrical intersections.

Two weeks later, in the city where this project began, Black Lives Matter blocked the Toronto Pride Parade – the first Pride Parade in which a sitting Prime Minister participated – until a list of demands had been met. This was a controversial event that some saw as exposing racism and entitlement within mainstream queer communities.  While the fallout exposed some ugly truths, I found the controversy heartening, for the dual forces of state sanction and civil disobedience demonstrated the secure place for queer lives within Canada and yet challenged the terms under which that security has been granted. Queer Canada is an inspiring work in progress that is never more dangerous and in danger than when we think we are winning or that the work is done.

I reflect on this larger context because, although this book has a particular national focus, it is part of a larger international experience of understanding queer life in national contexts. Like other countries that have made positive strides toward respect and inclusivity, Wales, too, must examine is progress with pride and doubt (and perhaps with a little trepidation in light of the current political landscape of Wales and considering the uncertain political future of Wales in relation to the UK and Europe as a whole).

And a little doubt is what we need. Much of this book thrives on uncertainty and instability. Words like incoherence, eclecticism, ambivalence, and hybridity are used with a positive eye on the future of an inclusive and respectful nation. However, even those words ‘inclusive and respectful’ signal the problem. Who is doing the including? Whose respect is sought? This is the inevitable tension of the queer nation, a concept pointing equally toward instability and stability, incoherence and coherence. At the end of the day, this is the line being walked as we learn to know and adapt to the ways in which queerness has always inhabited the geographical, cultural, linguistic, political, racial, religious, economic, gendered, and aesthetic lives of the nation. Queer Wales is part of this process of un-knowing and re-knowing the nation.

Huw Osborne, Associate Professor in the Department of English at the Royal Military College of Canada