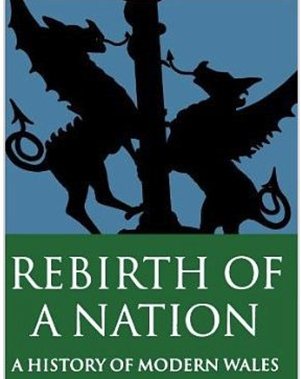 I have had much else to do with the University of Wales Press in the fifty years since the publication of my first book with them. In October 1965 the Board of Celtic Studies asked me to edit The Welsh History Review (of which I had been assistant editor since 1961), in succession to Professor Glanmor Williams. I served in that capacity for the next thirty-eight years, retiring reluctantly in 2003. I believe the journal did Wales a good service by showing that it had had a continuous and distinctive history right down to the twenty-first century. Previous assumptions that Wales had somehow mislaid its history since the Act of Union under Henry VIII were left dead and buried.  Public awareness of Wales has greatly been enhanced since then, including in Wales itself, and, indirectly, the Review has provided a kind of hidden background to the coming of Devolution.

I have also published other publications with UWP over the years, including jointly editing two academic works, a festschrift for my beloved Glanmor Williams in 1984 and a posthumous tribute to my dear friend David J. V. Jones in 1999. In 1973, on the very eve of my marriage (I found my first copy waiting for me on my parents’ doormat after I came back from Aberystwyth Registry office), I produced Lloyd George’s Family Letters, a fascinating collection, deposited in the National Library, Aberystwyth, of letters to his long-suffering wife, which shed much new light on his political outlook and tactics.  Then in 1981 I published Rebirth of a Nation: A History of Modern Wales, 1880–1980,intended as the final volume of the (sadly still incomplete) series of the History of Wales, and, like Family Letters, published jointly with Oxford University Press.  My friend, John Gross of the Times Literary Supplement, prophesied that it would be my masterpiece, since more of me would go into it than any other of my books. Certainly, it is the book to which I have the strongest personal attachment, not least since my beloved father, who lived for 84 of those hundred years covered by the book’s scope, researched on many periodicals for me at the National Library. I hope the book is worthy of him.

I also produced a little St David’s Day bilingual study of Lloyd George the same year, 1981, and edited a series of biographies. In 1995, when I retired after many years as Vice-Chancellor of Aberystwyth and of the University of Wales as a whole, I published again with UWP, this time Modern Wales: Politics, Places and People, a series of essays, many of which had appeared before in obscure places, on key issues, locations and personalities in Wales, largely between the 1868 general election and the Second World War. It was a kind of personal tribute and farewell to our national university, to dear friends in Swansea, Aberystwyth and elsewhere.