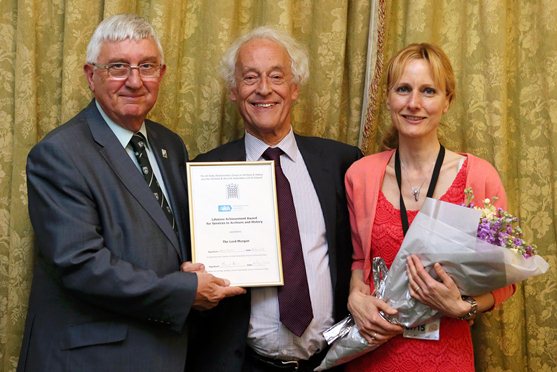 The final installment of Lord Morgan’s publishing history with UWP.

I am now publishing again with the University of Wales Press, a kind of ‘second coming’ after extensive writing for Oxford and other publishing houses. In September 2014 there will appear Revolution to Devolution, a series of essays on aspects of Welsh democracy – covering key figures such as Henry Richard, Lloyd George, Tom Ellis, Herbert Lewis and Saunders Lewis; assessments of the nature of Welsh democracy and the lead-up to Devolution; overseas connections with the United States; international institutions, such as the League of Nations and the European Union; and a new interpretation of Wales’s experience of the First World War, in which my father served in the Palestine campaign under Allenby.  There will be more of me reflected in this, including my role in the House of Lords and my happy re-marriage, to a gifted French academic. More still, I fear, will appear in yet another volume, planned for 2016, my Memoirs: reflections on a long, eventful career as historian, university leader, political commentator and champion of Wales, and my personal relations with Jim Callaghan, Michael Foot, Neil Kinnock, A. J. P. Taylor and others. I have not begun this book yet but one theme certain to emerge is my relationship with UWP, now happily re-located from Cathays Park to Cardiff Bay. The Press, along with the cultural and academic values it has promoted with the University of Wales since its founding in 1893, continues a proud and defiant legacy of the late-Victorian and Edwardian era that created the glory and the greatness of the Welsh nation.  Ymlaen â ni at y dyfodol!  Marchons citoyens!