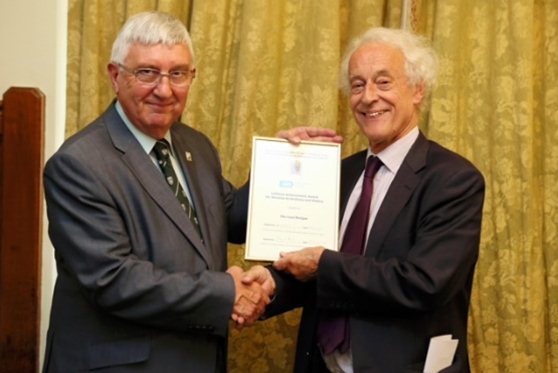 Lord Kenneth Morgan of Aberdyfi, the distinguished historian and one-time lecturer at Swansea University, has been honoured in Parliament with a Lifetime Achievement Award from the All Party Parliamentary Group (APPG) on Archives and History.

His seminal histories of Wales and Britain and his major biographies of Lloyd George, Keir Hardie, Jim Callaghan and Michael Foot are widely admired.

“I greatly appreciated Lord Morgan as my tutor at Swansea’s History Department in 1965, and it was an honour and a personal pleasure to present the award to him.”

Lord Morgan’s new book from UWP will be published in September 2014: