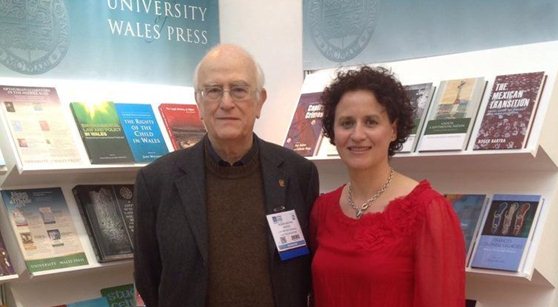 ‘Reading México’ was the focus of this year’s London Book Fair under the dome of the magnificent Olympia, and the stand representing Mexico and its publications was suitably impressive. Built from clean lines of bleached blond wood intersected with metal cables, the Mexico stage also managed to bring with it some of that country’s sunny weather, making for very Spring-like proceedings across the three days of the event.

Traditionally, countries chosen as the market focus of previous London Book Fairs have presented fantastic opportunities for readers unfamiliar with the language or languages being celebrated to discover the cultural, literary and scholarly treasures of both rising stars and established practitioners. Mexico was no exception, and the introduction provided in the Mexican programme to forms like the crónica in particular made all our international reading lists considerably longer.

When Mexico was first announced as this year’s special guest, all of us here at the University of Wales Press were delighted that the success of one of our own authors would be recognised alongside the achievements of other Mexican writers. The fêted cultural commentator Professor Roger Bartra published his Melancholy and Culture: Diseases of the Soul in Golden Age Spain in its first English translation (by Christopher Follett) with UWP in 2008, to high praise: “Bartra’s knowledge of the many sixteenth-century writers on melancholia is vast, and he is able to link the clinical literature to the cultural zeitgeist […] One can only welcome such a thoughtful and scholarly contribution within the context of sixteenth-century Spain, a scintillating epoch largely off the radar of most medical historians, and appreciate the inspired idea of the Iberian and Latin Studies editors to translate this important book into English” (Dr Edward Shorter, reviewing the book in the History of Psychiatry journal).

Melancholy and Culture was followed in 2013 by The Mexican Transition: Politics, Culture and Democracy in the Twenty-First Century. Both titles are part of our dedicated Iberian and Latin American Studies series, and we very much hope that there will be lots more to come as scholarship in this area – including Professor Bartra’s own research into Mexican identity – continues to grow.

It was a unique honour for the staff of UWP to meet Prof Bartra at this event, and we feel proud to have supported the dissemination to English-speaking audiences of the work of one of Mexico’s leading social scientists.

We welcome applications from scholars working in the field of Iberian and Latin American studies to contribute their own titles to the series; please feel free to get in touch with our Commissioning department if you would like to discuss your ideas.