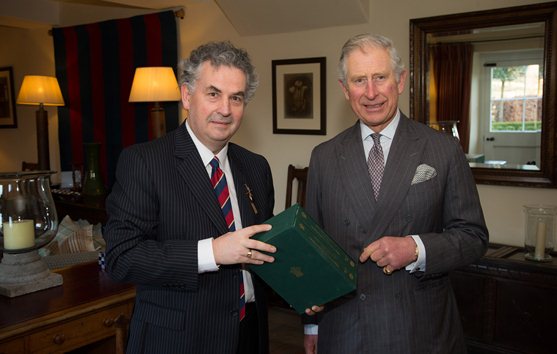 Professors David Cadman and Suheil Bushrui have brought together a selection of speeches and articles by The Prince of Wales covering a period of over 40 years, gathered together under headings that cover his principal interests and activities: the natural environment, expressed both as farming, forestry and fisheries, and then as climate change; architecture and the built environment; integrated medicine and health; society, religion and tradition; education, The Prince’s Trust and Business in the Community.

These volumes, intended as a work of reference, show The Prince of Wales as his ideas, knowledge and experience develop, from his first speech at twenty years old in 1968, to his more recent speeches up until 2012.

What is most noteworthy however is that though the style of the speeches and articles may have changed over the years, the overall message has remained consistent, not only in terms of environmental degradation and climate change, but also in matters relating to healthcare, urban form, organic farming and the need for greater respect and understanding between religions, which speaks volumes for The Prince’s passion and commitment to what he believes, even in times when his ideas have been seen as unconventional.

“This volume successfully brings together the collective wisdom and inspiration of a transformational thinker who has placed the concept of stewardship at the heart of his commitment to service and for supporting a sustainable world.”

A collaborative project, the Dean of the University of Maryland, added:

“There is much to enjoy in these volumes and much to engage national and international debates about some of the most vital topics of our age.”