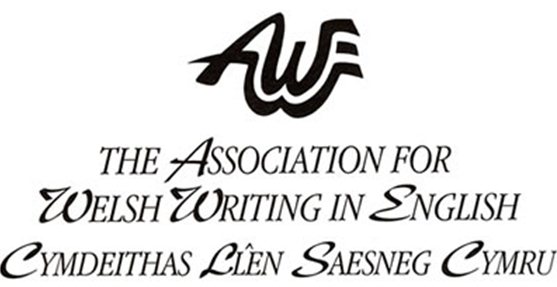 This year’s AWWE conference, expertly organised by Dr Aidan Byrne (University of Wolverhampton) and Professor Diana Wallace (University of South Wales) and held as usual in the gorgeous setting of Gregynog Hall, took as its theme ‘The Country and the City: Rural and Urban Wales’. Such a thought-provoking topic was always likely to inspire diverse and wide-ranging responses, and this was certainly the case over the conference’s three days. Speakers from as far afield as Japan, Brazil and Bangor delivered fascinating papers on Welsh writers – familiar and obscure – and their relationship with their environment: from eighteenth century travellers to twenty first century commune dwellers. The conference benefitted from the presence of several important poets and writers, one of whom, Sally Roberts Jones, gave a hugely enjoyable reading as part of the opening session on Friday evening, drawing on her vast experience as a poet and a participant in the Welsh writing in English scene since the 1950s. Professor Helen Fulton’s whirlwind tour around Caerleon as depicted in Welsh writing over the centuries followed, drawing on the poetry and prose of figures as diverse as David Jones and Guto’r Glyn to highlight the importance of the ancient Roman town in many significant literary works.

Saturday’s proceedings began with the first of three sessions over the course of the weekend which touched on the work of the novelist Ron Berry, indicating perhaps that interest in this somewhat neglected Rhondda writer has increased in recent years. His work featured in a wider discussion during this session on the urban and the industrial within the literature of the South Wales coalfields. Alexandra Jones gave an intriguing glimpse into how disability was depicted within working class fiction in the inter-war period, and Daryl Leeworthy highlighted the multiple forms of masculinity which can be traced in the novels of Ron Berry and Stead Jones. A welcome coffee break preceded a stimulating pre-lunch session of papers on ‘Landscapes of Ceredigion’, a theme close to my heart as a ‘Cardi’ in exile. Jayne Bowden’s paper discussed the atmospheric novels of Elisabeth Inglis Jones, a member of a gentry family from south Ceredigion who is more widely known for her romantic  history of Thomas Johnes and the Hafod estate, Peacocks in Paradise. Alan Vaughan Jones gave some valuable insights into the perceptions of rural Wales offered in the work of authors from more urban parts of South Wales, namely Alun Lewis and Idris Davies. And Kate Woodward focussed on the more recent phenomenon which is Y Gwyll/Hinterland and the sometimes inaccurate views of rural Ceredigion which the reactions to the series have revealed.

Another contested vision of rural Wales was discussed after lunch, perhaps the most controversial of all: Caradoc Evans’s notorious My People, published exactly one hundred years ago. The highly divergent responses to his stories offered during this session show how his work retains the power to repulse, intrigue and polarise readers.  A more contemporary version of rural Wales was discussed in next session on the novels of Cynan Jones and Joe Dunthorne. Georgia Burdett showed how Jones’s condensed, poetic novels depict the complexities and cruelties of modern farming and rural life; and Lisa Shepperd showed how Joe Dunthorne’s Wild Abandon reveals the sometimes comic misunderstandings which  can result from utopian aspirations to find the ‘good life’ in rural Wales.

Following an illuminating, often provocative explanation by the dramatist and film director Ed Thomas of the ideas and motivations which lay behind Y Gwyll/Hinterland, another session of papers discussed the work of Caradoc Evans and his role as public enemy number one in Wales during the inter-war period. Catriona Coutts’s accomplished paper also discussed the work of Rhys Davies and how the ‘gwerin’ idealised in the work of his Welsh language contemporaries such as O. M. Edwards and W. J. Gruffydd influenced his stories and novels. Saturday’s packed schedule was brought to a globetrotting conclusion with Christopher Meredith’s trip through some of his poetry, visiting Cairo, rural Finland and Manhattan en route. An evocative, charismatic reading to end the day.

Sunday’s slightly bleary eyed slumber was broken by an involving session on post-devolution gender and place in which Emma Schofield, Robert Walton and Rhiannon Heledd Williams gave equally stimulating papers on the novels of contemporary female writers such as Stevie Davies, Erica Woof and Trezza Azzopardi. Williams showed how the work of Welsh language authors such as Angharad Price and Fflur Dafydd which have been translated into English can also offer us contrasting and significant insights into post-devolution Wales and some of the key social and cultural questions it’s faced with. The final session of the conference retained this vital, political edge through examining how the works of writers such as Ron Berry, highlighted in Sarah Morse’s paper, relate to contemporary ecological concerns. A suitable end to another successful and satisfying AWWE conference.