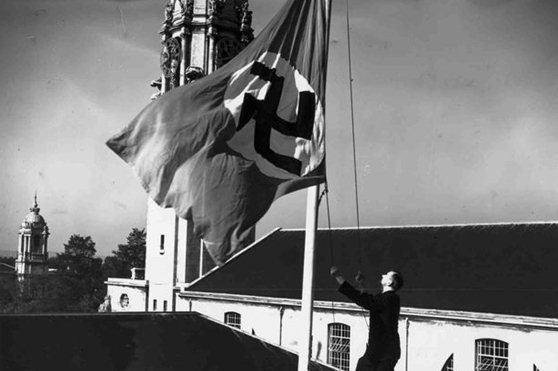 Prof. Richard Wyn Jones spoke to the Western Mail about his new book: ‘The Fascist Party in Wales?’ Plaid Cymru, Welsh Nationalism and the Accusation of Fascism, translated from the Welsh-language original.

He said: “The fact of the matter is that Plaid Cymru had fewer illusions than most in the 1930s about the dangers of fascism and totalitarianism.

“It’s also apparent that leading members of the Welsh establishment worked together in the war for years to try to destroy the reputation of the party by linking it to Hitler and the fascists, with most of their arguments reflecting the deeply unpleasant anti-Catholicism that used to be such a feature of Welsh life.

It is particularly ironic that one of the leading accusers, Thomas Jones, one of the key movers and shakers in mid-20th century Wales, had himself visited Hitler and lobbied consistently in favour of appeasement policies.”