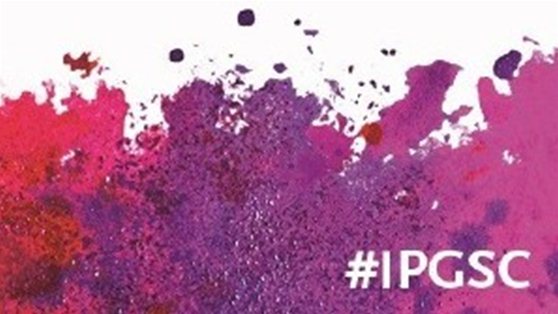 This month’s Independent Publishers Guild Spring Conference was my first, and an opportunity to see and hear from people familiar from the pages of the Bookseller and in passing at Book Fairs. The small groups in the ‘meet and greet’ session (with cocktails provided by the PLS) also revealed connections I wasn’t aware of, with fellow publishers passing on their regards to former colleagues and publishing partners at UWP.

IPG’s ‘flagship’ event at the Heythrop Park hotel in Oxfordshire included over 25 sessions over three days with speakers from across the publishing industry – futurists, data specialists, marketers, retailers and experienced publishers themselves.

Russell Jones from Amazon’s presentation prompted a flurry of tweets and plenty of questions afterwards, fielded with the composure you’d expect from a representative of the retail giant. Facebook’s potential as a publishing tool was discussed by Georgina Atwell in terms of creating communities, and George Banbury described the almost unbelievable effect on sales when Mark Zuckerberg chose The End of Power by Moisés Naím for his Facebook Book Club.

Humour played a welcome part, as John Hegley entertained after dinner on the Wednesday night, and at Sandy Grant’s wry keynote speech the following morning, where the theme of change was introduced with the phrase “Transform or die”. Grant of Hardie Grant’s global perspective on the state of independent publishing was disparaging of some extravagant ‘futurist’ claims, but still confronted the challenges facing publishers.

Ziyad Marar from Sage discouraged unnecessary innovation (with the visual metaphor of a comedy penknife) – a point echoed in Dave Fletcher’s account of building an app for Foyle’s – but celebrated what publishers do in essence (click here for his list). Phil Ollila of Ingram recommended a tough, unsentimental approach – “power is shifting… look at your infrastructure and decide what matters” a view with implications that troubled some of the audience. James Daunt of Waterstones and David Prescott of Blackwell’s were cheerfully honest about their limitations past and present, encouraging and optimistic.

Another highlight was a session by Tim Wright of EUP and Huw Alexander of Sage on the U.S. Academic Library market, which was informative, interesting, and benefited from some very nice slides. Susanna Kempe’s advice on ‘Getting the Competitive Edge’ in marketing and Euan Semple’s surprise talk on Social Media left me with plenty to think about.