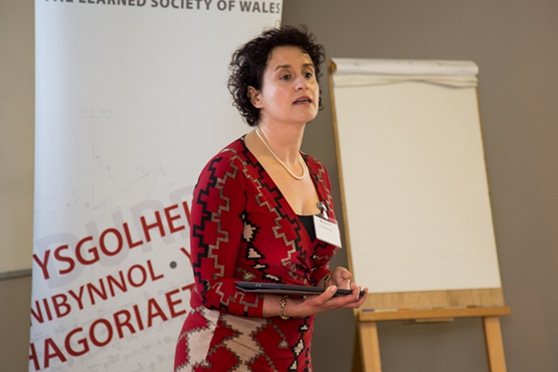 I recently attended the one day conference organised by the Learned Society of Wales, with support from HEFCW, to discuss the future of Welsh Studies. The organisers had gathered together a distinguished list of speakers and participants, including leading academics from the fields of Welsh history and literature. Sir Emyr Jones Parry, President of the Learned Society, welcomed everyone to the beautiful surroundings of Gregynog Hall before Professor M. Wynn Thomas – who has worked tirelessly to try to secure adequate provision and funding for Welsh Studies – outlined the potential dangers to the field caused by recent cuts in funding and the imminent retirement of a number of leading Welsh academics. He stressed the pressing need to create a Welsh Studies Association which would bring together concerned parties in Wales in order to lobby effectively for the normalisation and promotion of Welsh Studies at both school and university level – something which has not been done systematically up until now.

Dr Susan Hodgett, a sociologist from the University of Ulster who is also Chair of the UK Council for Area Studies Associations, followed Wynn Thomas’s passionate speech with an interesting comparative perspective detailing her own experiences as an academic working in Northern Ireland and Canada to demonstrate how area studies can help us to better understand how people think and act in different parts of the world, but also how they can allow academics to work across disciplinary boundaries and widen their methodologies in the process. Helgard Krause, the Director of the University of Wales Press (pictured above), followed Dr Hodgett and reaffirmed the commitment of the Press to Welsh Studies in her presentation – a commitment that has been the inspiration and foundation of its work for nearly a century.

Mari Fflur, the Coleg Cymraeg’s recently appointed Publications Officer, gave an illuminating presentation on the Coleg’s work and the rapid strides its staff have made in widening the provision for the study of a range of academic topics through the medium of Welsh since its launch in 2011.  Rob Humphreys and Professor Trevor Herbert gave a joint presentation on behalf of the Open University, outlining the very popular and well used resources which the OU has developed over the past two decades around Welsh Studies, e.g. its online course on Welsh History and its sources, based on a series of edited volumes originally published by UWP in the 1980s and 1990s, has rated very highly in feedback surveys completed by students, the majority of whom are from outside Wales.

A series of workshops followed after lunch during which each group formulated useful ideas and proposals for how a Welsh Studies Association could potentially be organised and run, and these ideas were fed back to the entire audience of delegates during the final session of the day. An important consideration in all of this is the review of higher education funding and student finance arrangements in Wales currently being conducted by Sir Ian Diamond on behalf of the Welsh Government. Testimonials in support of Welsh Studies can be sent to the Welsh Government using the following link: