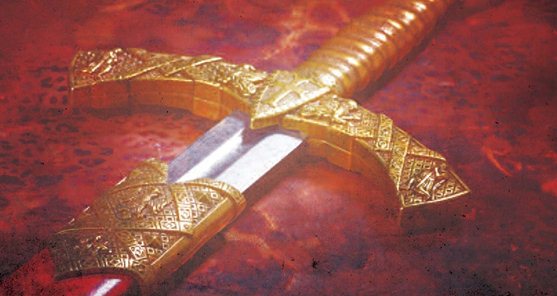 by Dr Sean Davies, author of The First Prince of Wales?

It never fails to astound me that – in a nation so obsessed with its past as Wales – there are so few people aware of the fact that there was once a single king of all the lands that make up the modern country. In his book Vanished Kingdoms, Norman Davies has popularised the stories of ‘failed’ kingdoms such as Strathclyde, Aragon and Burgundy; but in Wales, we seem reluctant to even acknowledge that there was a kingdom there that could fail.

My previous book on the only King of Wales, Gruffudd ap Llywelyn (d. 1063/4), was released around the same time as the BBC’s swish new 2012 Story of Wales TV series. I was rather outraged that the series managed to leap from 950 to 1066, entirely missing the reign of the country’s only king. This prompted me to contact the producers on social media, suggesting that it was the equivalent of making a history of England without Alfred, or France without Charlemagne. The response I received was:

‘So much History. So many Kings. Something had to give. In consultation with our historical advisors, we had to make a call.’

My point that there was only ever one king seems to have been entirely missed. So why was there only one king, and what happened to the kingdom?

Those questions naturally led me to the closest thing Gruffudd had to a successor, his half-brother Bleddyn ap Cynfyn. He was one of the more powerful and influential native leaders to ever rule Wales, his reign encompassed the key event of the arrival of the Normans on the border and there is a relative wealth of source material on him and on events in Wales at the time. Again it seems incredible that there has been no in-depth study of his reign, even Rees Davies passing over the period by describing political events of the era as a ‘perplexing kaleidoscope’.

Bleddyn always strove to recreate the kingdom of Wales that had been built by Gruffudd, but the nature of his rise to power, the events of his reign and the powerful internal and external enemies he faced meant that his dream remained just out of reach. His slaying in 1075 (our sources suggest ‘treachery’) led to years of brutal civil conflict in the country that opened the way to Norman conquest and Hiberno-Scandinavian interference. It was in these years that any remaining vestige of the kingdom of Wales was shattered and the nomenclature of power changed. Our source material – in particular the History of Gruffudd ap Cynan – allows us to trace the process of destruction in considerable detail.

Many studies of the leaders of native Wales in the twelfth and thirteenth century tend to drift towards the idea of the growth of a principality of Wales, and the corresponding development of the title and meaning of ‘Prince of Wales’. I would argue that what we are seeing is the fall-out of the death of the kingdom of Wales, with minor leaders squabbling over the increasingly insignificant remains.

I have no doubt that my chosen title for this study of Bleddyn, The First Prince of Wales, will raise hackles in academic circles; it was never a title that was used by Bleddyn, and his ambition was to be king. But my contention is that the political realities that would frame the creation of the principality of Wales were forged in the reign of Bleddyn. The overriding themes I would hope to see embedded in the popular understanding of Welsh history are that:

– There was once a single kingdom of Wales

– At some point this kingdom became a principality

Dr Sean Davies is a Welsh medieval historian who works as a writer, editor and journalist.